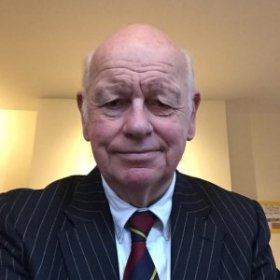 The new President of the Old Ruthinian Association is Nigel J. Bruce.

The Presidency of the ORA is a revolving appointment with each incumbent set to last for three years. As a result, the current President, Stephen Sington, was due to retire at the Annual General Meeting last November, 2020. However, Covid intervened to cause a cancellation of that meeting and the Annual Dinner that has, for many years, followed in the evening of the same weekend. The committee decided that, nevertheless, it is incumbent on them to make a new appointment on the retirement of Stephen.

The Chairman and Committee thank Stephen for his three years of presidency. Whilst largely a titular appointment Stephen was, nevertheless, happy to provide support and guidance which is much appreciated by the Committee. lt is to be hoped that he will enjoy his retirement whilst still retaining contacts with old Ruthinians.

Accordingly, the new appointment as agreed by the Committee is Nigel J Bruce. Nigel attended Ruthin from 1959 to 1964. He was billeted in Bishop Wynne House which, in those days, seemed to be popular with the sons of farmers. 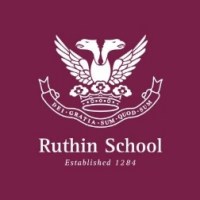 School Fee Discount
On leaving Ruthin Nigel qualified as a Chartered Surveyor in 1970. For a number of years he was a partner in a firm in Chester before branching out latterly, together with a partner, in the formation of a small firm specialising in the sale, letting and valuation of commercial properties throughout North Wales and North West of England before retiring in 2004. He now lives in Rossett a village lying mid-way between Wrexham and Chester.

Nigel has been involved with the ORA for many years and was Chairman of the ORA from 1984 to 2002. He reports that his abiding gratitude to Ruthin School was the good friends that he made whilst at Ruthin many of whom are all still in touch with one another.

The ORA has provided something of a safe anchorage for the School over the years and continues to be involved with the current Chairman, John Sharples, also sitting on the Council of Management. With a recent change in the Headmastership we are looking to continue in our role of providing help, guidance and support to the School which, over some 750 years, has survived many troubling times. We are confident that the School will continue to supply a quality and well-rounded education in the years to come.